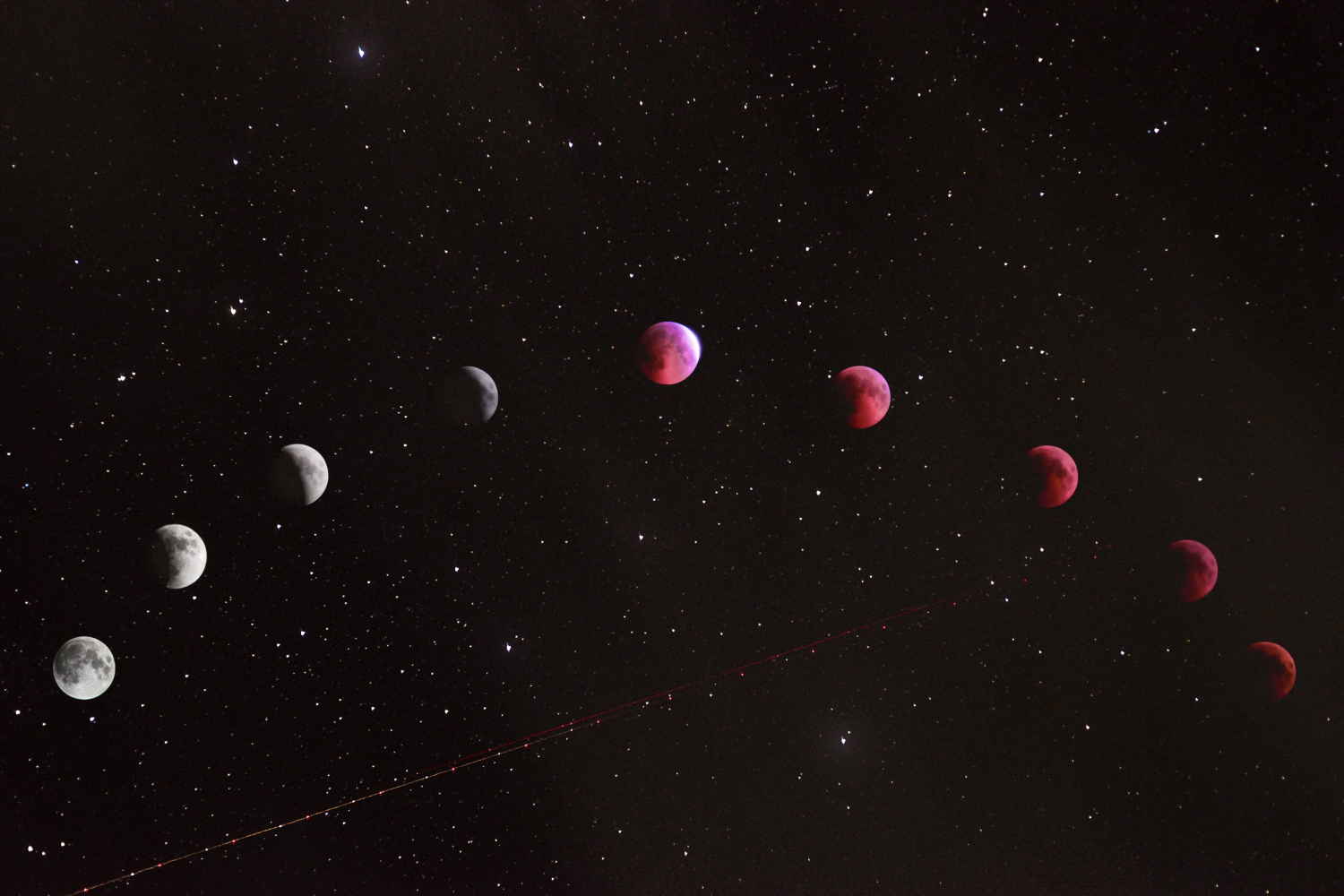 I don’t remember when and where I’ve heard it, but there’s a story that left a strong impression on me:

“If we had two or more suns, the calendar and mathematical system of Earth, cultures and science technologies based on them, could be highly complicated, and its civilization could be superior beyond comparison to the current one.”

The current scientific technology has developed based on the orbit of a single sun and a moon; day and night, yin-yang, four seasons, cycles of agriculture and hunting, workings of lives and cultures, cosmology, circulation of substances and energies, etc. Neverending experiences and observations develop the future plan; people who can calculate it are prosper, understanding the principle of the thing and relationship with others.

If we had multiple suns or moons, their rules could be so much more complicated: we should predict motion that the gravitation between two celestial bodies can’t explain. Our calendar would become more complex; variety and variability of our ecosystem would produce higher-level of daily lives; organisms and intelligent lives on Earth could have extraordinary intellects and abilities that we could never imagine – Not only in terms of technologies but also the standard of thought. Human beings would learn that the simple method of dualism such as “good and evil” or “positive and negative” can never be enough: they would have the foundation of wisdom to understand phenomena that more complicated system produces.

This story is suggestive: it means, if the premise “what composes the universe” is totally changed, the world could be on a different plane in terms of its culture or technology.

Generally, sake brewing can be shown as the two-step chemical formula below:


When people mention the technical complexity of sake, they tend to refer to this heiko-fuku-hakko process compared to beer and wine. Some people regard this as superior to the other brewed alcohol (in fact, most textbooks and guide books start with this unique process: it’s clear that this process is fundamental knowledge to learn about sake).

As I learn brewing and microorganism more in depth, however, I started to doubt the accuracy of such recognition for heiko-fuku-hakko. At least, it might make people misunderstand the value and manner of brewing and fermentation for the following reasons.


Secondly, there are some other bacteria besides this ultimate triple bacteria.

For a kimoto yeast starter, not only lactic acid bacteria but also nitrate reducing bacteria play important roles. Every kind of bacteria passes a baton one by one while sometimes working simultaneously: it can be considered single rather than multiple.

This fact is relevant to the process of producing natural wine. According to this article (in Japanese), for the fermentation by natural yeast, different groups of bacteria work on each alcohol proof and pass the baton to the next one. For example, the species that is active on 0-1% of ABV is different from that on 1-5% or 5-10%. For the process of a kind of wine, for instance, in order to bring out its flavor characteristic, the brewer takes half a year for the stage of 1-5% of ABV, where a natural yeast Apicula is activated.


Thirdly, some factors other than bacteria can contribute fermentation.

*Actually, the amount of koji is a hundred thousand times more than that of raw rice: you can say it is just a koji fermentation and enzymes from raw rice is within the margin of error. However, in the world of the senses and expressions, the facts that can be disregarded numerically sometimes influence the result. I believe that people’s senses have a gray area that perceives the outside of threshold: at the same time, we might have another sense that perceives the integrated picture of objects (of course, this idea should be logically separated from pseudoscience).

Also, in the case of the fermentation of the brewing processes which use a wooden bucket or ages in the cedar barrel, the material of the container can influence the sake’s fermentation or its porous structure can promote it. Such phenomena blur boundaries between the food and the house of microorganisms. I’ve expressed this mechanism as FONIA, one of our products using botanical ingredients.


*Mizumoto is an ancient brewing method commonly used a thousand years ago: brewers soak raw rice in water and ferment it at warm temperature to make soyashi-mizu (lactic acid-rich water), which is used as shikomi-sui (water for sake fermentation).

In conclusion, you can affirm that the word heiko-fuku-hakko shows just the difference in the chemical formula from the viewpoint of alcohol mass production.
The same can be said for single fermentation of wine: its fermentation is simplified just by the sterilization with sulfurous acid. Some phenomena, like single-multiple fermentation or parallel-multiple fermentation by various bacteria in grape skin etc., do occur, which I mentioned in the example of a natural wine as above.

During the era of mass production for safe brewing and a national policy, the momentum of the application of science developed the sake industry getting all top-level intelligence together and organizing the traditional industries from the scientific perspective. Other than the brewing field, as one of state foundations, the same thing happens in the agricultural sector, such as Meiji Noho (Meiji agricultural methods), e.g, agronomist Denjibei Funatsu proposes that human beings can be rulers of nature to reshape it.

For a brewer, safe brewing is the first priority. The first thing that I learned at the brewery is “80% of sake work is cleaning,” which can never change. I never affirm the fermentation by unintentional or undesigned contamination. Untiring efforts, sophistication, integrity and cleanliness are the major premise to make sake a work of art that can impress people.

I just want to insist that this is the time to internalize the diversity of fermentation that had been blindly rejected for simplification. 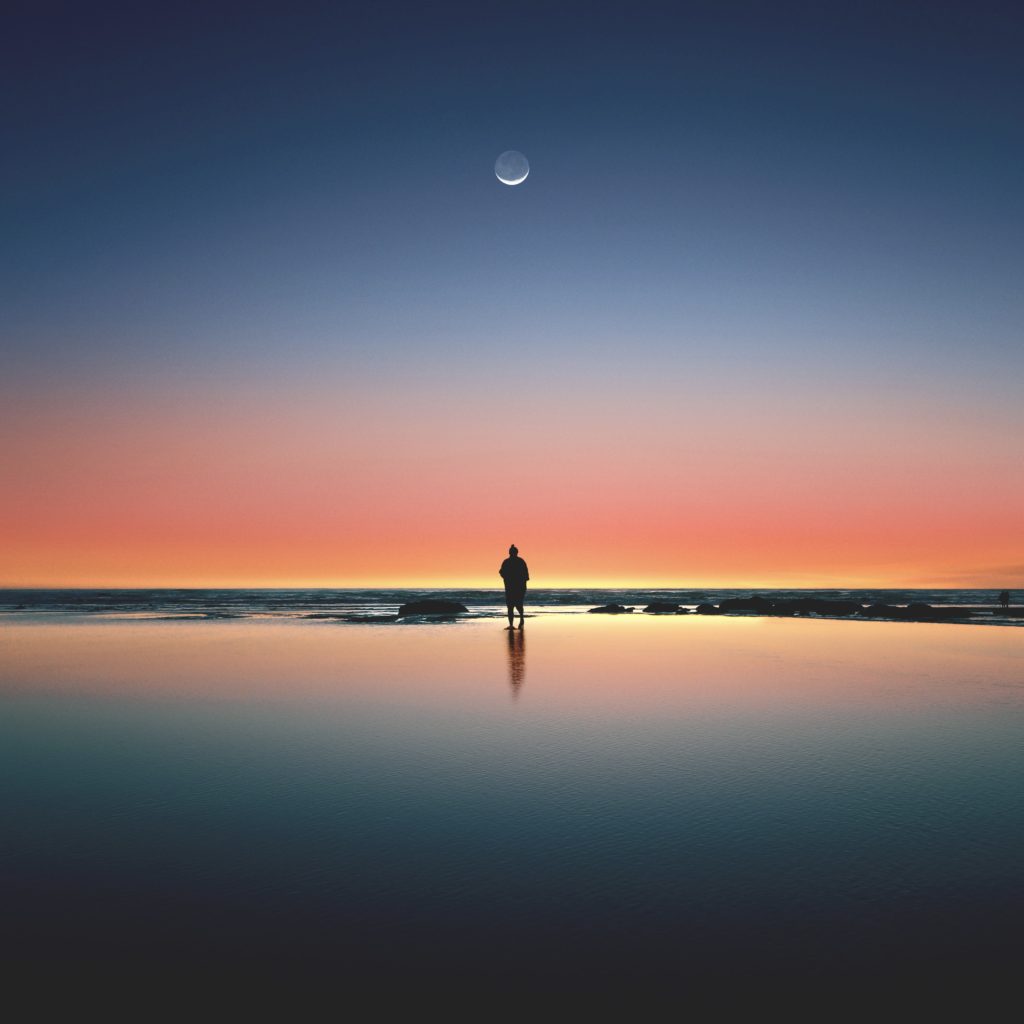 The story I introduced at the introduction could be a metaphor: on the premise of brewing under multiple suns and moons, the diversity of fermentation provides a completely different culture.


The fermentation culture that applies science during the past 100 years has simplified its diversity as represented in the field of classical physics: it made the initial condition a blank slate in order to guarantee its reproducibility. It is true that this culture succeeded, to allow obscure phenomenon of fermentation to be easier to understand.

Such a simplified and reproducible technology has conquered the world, which has turned alcoholic drinks into commodities: currently, however, everyone is waiting for the next stage. In the field of craft gin or craft beer, people are establishing new diverse brewing/distilling cultures with the weapon of botanicals. I believe that this phenomenon is significant enough to express as “BB (Before Botanical / AB (After Botanical),” as Joichi Ito, the former director of the MIT aka Joi advocates “BI (Before Internet) / AI (After Internet)” (in Japanese).

When I tasted FONIA at first, actually, I thought “I might have created an unbelievable product. Future sake has to outdo FONIA in the range of expression without auxiliary ingredients” (I mean that my fingers are itching to do it).

Thinking carefully, you know that yeast is a life, like us. Heiko-fuku-hakko is based on supply-demand balance: oversupply can cause propagation of unwanted bacteria while undersupply impairs growth of yeast. From this perspective, I doubt that rice can provide all the nutrients necessary for yeast.

Of course, I know that studies say Aspergillus Oryzae supplies the necessary nutrition for growth, such as vitamins and amino acids: I feel, however, that the current sake brewing method is so unbalanced -“the opposite of a low carb diet.” What on earth would happen if I feed yeast with botanical ingredients for its fermentation? It stimulates my curiosity. What would you do if you’re required to survive with only rice and koji, and the rice is highly polished and little nutrition remains in it? You would do your best, but you would be eager to see the other world – “I can do more than only produce alcohol!!” You might miss your friends lactic acid bacteria and feel “I could exhibit tremendous power if I were with them…”


WAKAZE Sangen-jaya Brewery in Tokyo carries the license of brewing “Other fermented liquor” (‘Other’ means ‘except for beer, sparkling alcohol, sake and fruit wine’) which gives the right not only to make doburoku (unrefined sake) but also to ferment botanical ingredients with rice and koji (Japan currently doesn’t issue the license for sake brewing: people who want to establish new sake breweries are facing restriction). These are actually not allowed for the sake brewing license, which bears out a uniqueness of WAKAZE that challenges unlimited possibilities of fermentation.

Beyond the challenges of botanical sake, I believe that the value of sake made from only rice and koji will be considered more in the future. I’d like you to come to our brewpub to experience it.
Link: Whim Sake&Tapas

Brewers can use their imagination in a fractal manner to the world with a different order from their sphere of life, which is one of their unique characteristics and advantages: seeing the phenomenon before their eyes, they can fly to the world of a grain of rice or liquid. At the same time, they can control the temperature and moisture, imagining the world of microorganisms like koji, yeast, intracellular structure, gene, atom, molecule, etc. – this is what is brewing. It can be not only microscopic but also macroscopic: brewers can apply their perspectives analogously to the relationship between astronomical facts and human lives.

The story I told in the prologue of this article suggests the diversity of fermentation that human beings conduct in their world with its fractal view, integrating things from micro to macro. Setting this premise in a complex system that can never be simplified, I believe that human beings can establish the truth of things that we couldn’t recognize, rules like the calendar, and cultures at a higher level in our daily life.