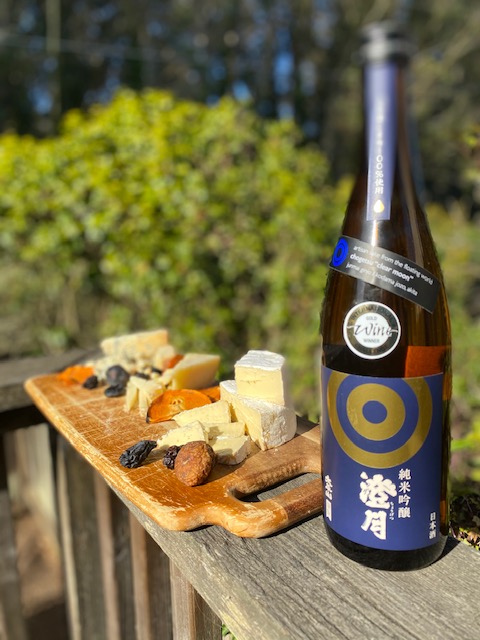 By all accounts, sake is enjoying a moment of exciting growth with consumers outside of Japan. An ancient beverage, misunderstood for decades abroad, is beginning to cross over into mainstream sectors of the culinary world.

Part of this has been due to the sake industry, tastemakers and influencers seeking out alternate avenues for promoting sake in ways that are familiar to consumers. Pairing sake with food, in particular non-Japanese food, has been helpful in broadening sake’s appeal and nowhere has that been more enjoyable to explore than with cheese.

Consumers, for the most part, are very familiar with pairing wine and cheese. Old World countries, such as France and Italy, well known for making world class wine, also have a rich history of cheese making. Understanding the synergy of pairing two things born out of a vibrant culinary history is quite easy for most consumers. However, Japan’s history and reputation as a cheese making region is relatively non-existent. While artisanal cheese production in Japan has ticked up in recent years with the emergence of several excellent cheese makers, consumers often have difficulty making the transition away from solely associating sake pairing with traditional Japanese cuisine. Through actively promoting sake and cheese pairings, particularly to influencers in the cheese industry, sake is beginning to be understood as the best choice for creating delicious and memorable pairings with cheese. Let us explore a bit more why sake is such a delightful friend to cheese.

Sake is a Better Partner of Cheese than Wine!?

Sake has a distinct advantage over wine when it comes to pairing with cheese for several reason. First, the acidity in sake is much lower than the acidity in wine. High levels of acidity lead to sharp contrasts and many times this can be off-putting when pairing with cheese. Further, the tannins in red wine can create bitterness, especially when paired with saltier cheeses. Sake, without tannins and lower in acidity has a rounder, softer mouthfeel that makes it much easier to pair with cheese. The famous quote, “nihonshu wa ryori wo erabanai” is especially important for understanding how it pairs with cheese. Seldom will you ever come across a sake and cheese pairing that is off-putting. Of course, from time to time a pairing will fall flat, but sake is so pleasant and forgiving that even when it does not hit the mark, it is still an enjoyable accompaniment.

Older methods of making the yeast starter, such as Kimoto and Yamahai, can also impart some qualities in the sake that make it a particularly enjoyable pairing with cheese. These old school methods of developing lactic acid often impart lactic qualities in the sake, leading to some enjoyable complimentary flavors with the creamy lactic notes in cheese. These styles of sake also tend to have more umami, which makes for a good cheese pairing. Hey, speaking of umami…

Perhaps the single most important aspect of sake related to not only cheese pairings, but food pairing in general is the presence of umami. Sometimes referred to as the fifth taste, umami is the sensation of savoriness that our tongues perceive. To understand why the presence of umami in sake is important for food pairing, perhaps it would be best to first understand how umami is present in sake. To do this, we need to unpack some basics about sake production.

What is Umami of Sake?

A grain of rice is composed of starch, protein, fats and minerals. In rice used for sake making (shuzo-kotekimai), the grains are larger, have less protein, more starch, and have a more well-defined starchy center (shinpaku) compared to eating rice. This allows the brewer to more precisely mill away the outer layers of proteins and fat to get closer to the pure starch center. A starch molecule is made up of tightly wound chains of glucose (sugar) molecules. In their natural state inside the rice grain, they are not accessible for the yeast to consume in fermentation and an additional step is needed before brewing can begin.

After the rice is milled and steamed, koji must be added before brewing can begin. Koji produces enzymes that penetrate into the grain of rice and acts like scissors to cut the complex starches into their simple fermentable sugar components. At the same time, the koji is producing other enzymes that go to work on the proteins in the rice. Protein is composed of amino acids and as the koji enzymes break up the proteins, the amino acids are left behind. Several of these amino acids present in rice protein are the building blocks of umami. Amino acids in sake such as aspartic acid, which is found in oysters, and glutamic acid, well known as the basis for MSG, is key for developing umami in many foods, such as ripe tomatoes, dashi and…cheese! Comparing sake to wine, sake has on average, 10 times the level of amino acids.

One can infer that sake made from less milled rice (more protein) will have considerably more amino acids and thus more umami than sake made from highly milled rice. How does the presence of umami impact the way it pairs with umami rich foods like cheese? Think about a Bolognese sauce. Savory meat and umami rich tomatoes combine to create a delicious meat sauce. Now, think about what happens when you grate parmesan cheese, one of the most umami laden foods in existence, on top. The entire dish becomes elevated as the umami multiplies the mouthwatering sensations on your tongue. In its most ideal sense, this is the effect that pairing sake with cheese will have as the umami in both combine to create something uniquely pleasing. That is not to say that a rich Junmai sake will always be better for cheese pairing than a delicate Junmai Daiginjo, but it is important to understand the dynamics at play.

Find the Best Pairing by Yourself!

So can we put this all together and create some guidelines for sake and cheese pairing? It is difficult to attach rules to anything sake-related, as experimentation is always encouraged, and personal preference is most important. However, there are some themes that emerge while experimenting with pairings. With sakes that are highly milled and have a lot of ginjo-ka, in particular orchard fruit notes such as apple or pear, blue cheeses have always been a great match. Think about how often a fresh salad that has blue cheese crumbles also has slices of apple or pear. The bright fruit notes create a tasty compliment to the salty and funky notes in the blue cheese. The lively fresh notes in these sake also tend to be excellent when paired with fresh chevre. Sake with more depth and umami, like for instance a Kimoto Junmai, have the richness and structure to create a winning pairing with funkier washed rind cheeses. Dry sake with round, nutty profiles tend to go well with creamy, buttery soft ripened like a Camembert or Brie. Bright expressive sake high in acidity, such as a Nama, tend to play well with firm salty and nutty cheeses like a Pecorino or Manchego.

While these pairing guidelines are a good place to start, don’t let it restrict you. Have fun with it! The process of finding the sake and cheese pairings that you like the best is a tasty and enjoyable journey that everyone should try. The diversity of both sake and cheese allows for a kaleidoscope of flavor combinations that is sure to expand your perception of sake’s limitless potential.