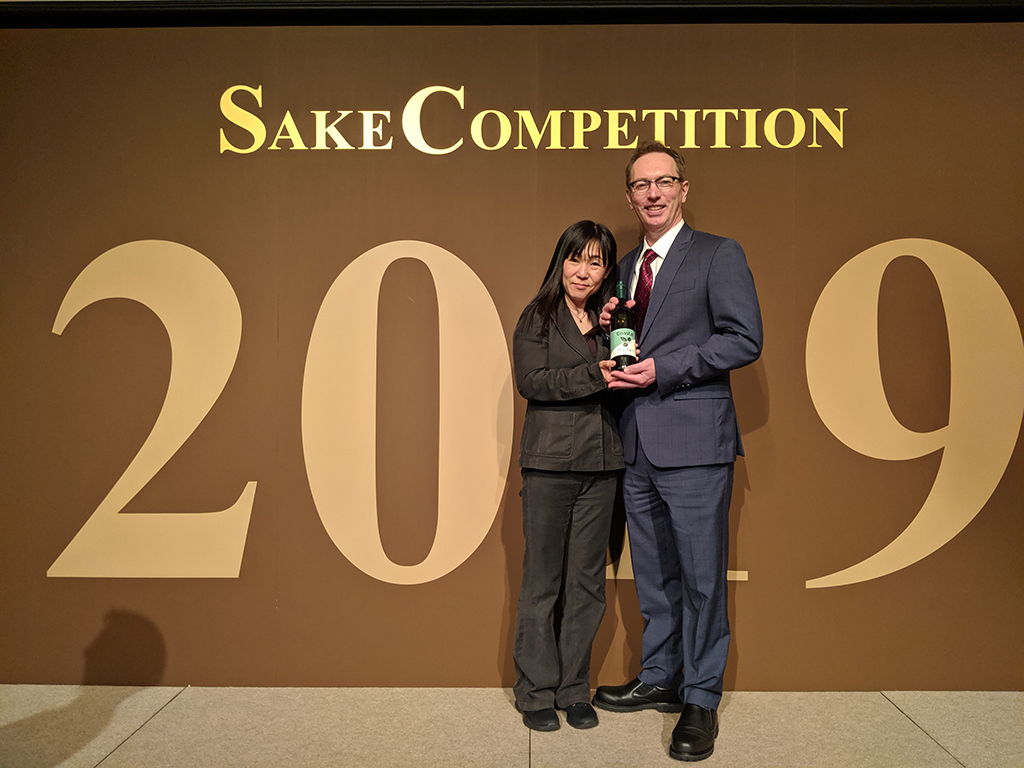 Jake says this award is “honored and surprised” because SAKE COMPETITION is the biggest sake competition in the world where judges known as “sake legends” get together.

One of the most amazing things is they have gotten a prize with pasteurized product, “Coastal” brand. Sequoia Sake Company is known for their signature brand “Sequoia,” unpasteurized sake. Though they might have challenged this competition with Coastal due to distribution matter, the fact that they have gotten awards with this brand brings a lot of meanings.

“Locally Sequoia nama is very strong, and I still believe it is the best style of sake for the emerging market. This may sound strange to hear emerging market when sake has been around for so long. However, if you look at the portion of alcohol sales in the US market, it doesn’t even make the charts. We need to change that,” Jake says.

When I interviewed Sequoia Sake Company for the first time, they said honestly that “Coastal is made for just distribution.” On the other hand, they had improved its quality through daily efforts with many pieces of advice from Japanese breweries. In fact, Noriko was working for a sake brewery in Hokkaido for training.

“I firmly believe that Coastal has its place and it too will grow in market share. Both serve different needs and I’m happy that Sequoia Sake as a company can gain such recognition.”

Compared to other sake breweries in US, for me as the interviewer, Sequoia seems to focus on traditional style of sake. However, to the question “Do you want to make traditional sake or something different?,” Jake answers “Both.”

“Japanese interviewers at the competition were surprised that I explained Nigori is super popular among our product. US big sake makers like Takara sell flavored sake because American people like it. There is a big distance from Japan’s sake industry and that of US.”

Most Americans are sake starters. Even if they want to make something traditional, they also should create something different as entrance for beginners.

“Being in American as well as in San Francisco we need to continue to innovate as well as learn more how to make great traditional sake. To they are hand in hand.”

Jake says, “This is a big year for us.” In fact, Sequoia Sake Company is going to double their production this year with approval to grow an heirloom rice “Caloro” for their commercial production. This rice is closer to its sake rice genetics than Calrose and has not been grown in California since 1940.

According to Jake, It has taken 7 years to get the state of California to approve their rice to be grown commercially: for the first four years, they needed to work for state and federal stuff to get approval to start the program. For the last three years, they have grown their Caloro in greenhouses at UC Davis verifying appropriate environment for the rice.

“The award per se will not influence our production as this is already set for the rest of the year, But of course, it is hard not to be thinking about it with each new batch we make. The pressure to not only continue to make sake as good as the award-winning sake but also how can we improve it weighs heavy on all our mind.”