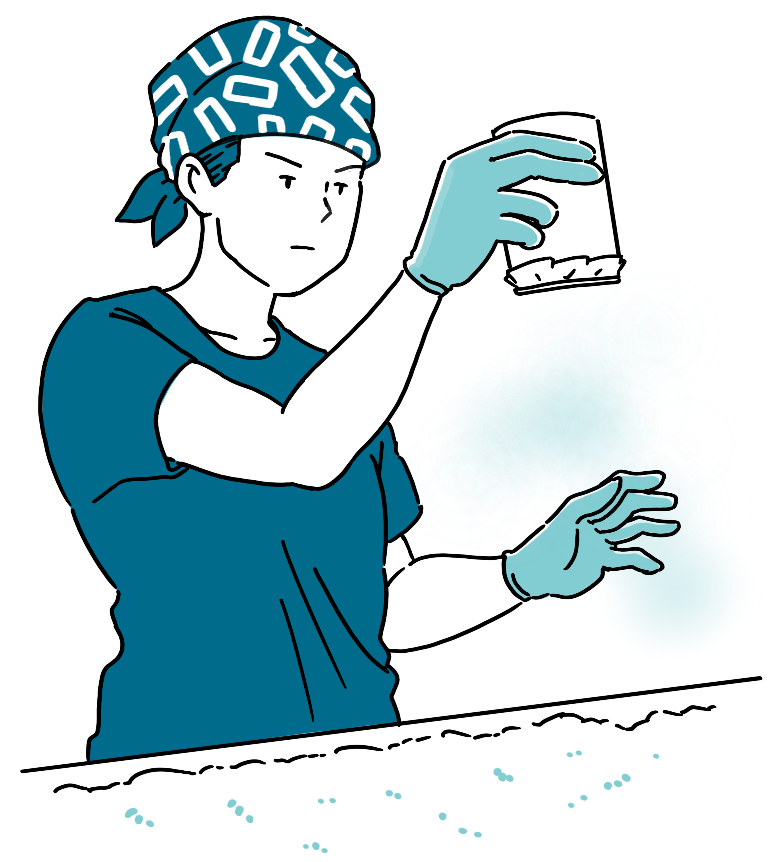 Hello Sake Jobs! is a serial column introducing occupations in the world of sake, with illustrations by Yoshito Fujiwara. For Part 2, we anonymously interview six (ex-)brewers to learn about the brewer’s job!. Their backgrounds vary – workers of a big sake maker, mid-career hires, hiring managers, ex-brewers, etc. Let us explore the diversity and depth of its realities!

A brewer is a person who makes sake for everyone to drink, but what they do is very diverse.

First of all, there are two types of employment: year-round employment and seasonal employment. This is because sake was originally made during the cold winter season (kan-zukuri). Recently, however, the number of breweries that make sake year-round has increased due to the development of science and technology, such as air conditioning equipment. Regarding the breweries that only do kan-zukuri, some of them employ people year-round to maintain equipment and manage products in the spring and summer, and brew sake in the fall and winter.

Since there are many processes for the production of sake, the work of the brewer is divided into many different categories. Some breweries have separate responsibilities for each process, while others have a single brewer who becomes “jack‐of‐all‐trades.” In addition, at a major brewery that uses machinery, brewers prepare brewing equipment, control and inspect operating panels, and more.

In addition to making sake, there are many other tasks. The most important of which are cleaning and maintenance. Also, they exchange information with rice growers to produce better ingredients, and are involved in events such as kura-biraki (First opening of a brewery after New Year). Small breweries require them to do bottling, labeling, sales and delivery. There are makers that let brewers produce not only sake but also fermented foods.

What all brewers have in common is that they maintain and improve the taste and quality of their products in order to make their customers happy with delicious sake.

There are many different ways to be a brewer. Major breweries go through the same steps as general corporate hiring: document screening, written test, group discussion, interview…etc. However, small and medium breweries use a variety of methods, such as “Hello Work Job Offerings”, “Introductions from acquaintances”, and “Communication with the president on SNS.” As many breweries are hiring on Twitter and Facebook, it’s a good idea to follow the official accounts of each brewery if you’re looking for a job at a brewery. 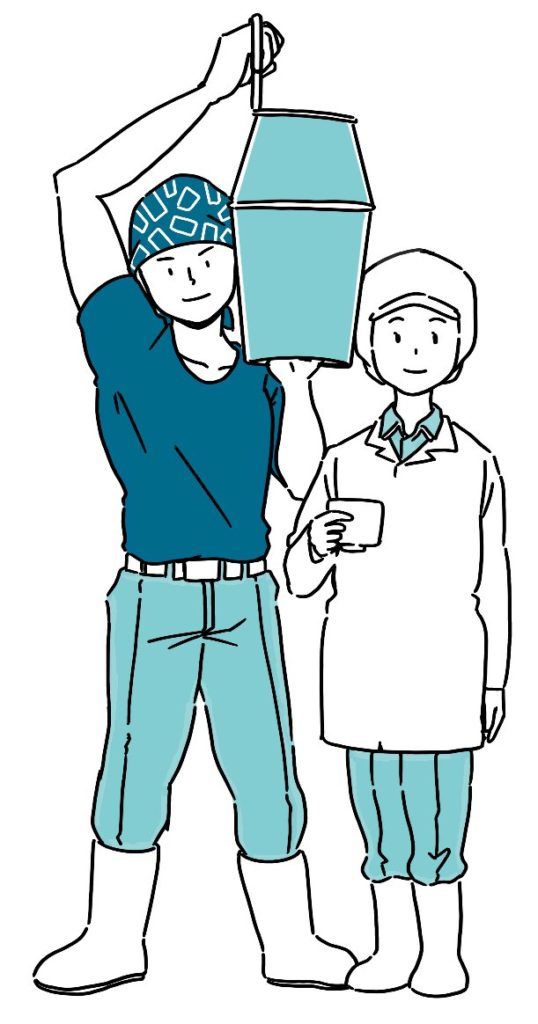 Since small and medium-sized breweries have to repair equipment themselves, people who can do it are said to be of great value.
It is also helpful to have a university degree in brewing, qualifications of a sake sommelier or SAKE DIPROMA. However, the majority of people said, “You can study after you join the company, so you don’t need to have any knowledge or skills.”

To the question “What kind of person is suited for this role?”, the most common answer was “a tough person,” In many cases, sake brewing does not produce immediate results, so it requires the mental and physical strength to face daily jobs patiently.
In addition, the qualities required are as follows: Craftsmanship/Curiosity/Logical way of thinking/Cleanliness/Good at public speaking/High communication skills/Love for sake

Additionally, a person who was in charge of recruiting commented that they saw:
(1) Interest in and knowledge of brewing
(2) Compatibility with company culture
(3) Things the person wants to do
(4) “Initiative” required for a small and medium-sized brewery 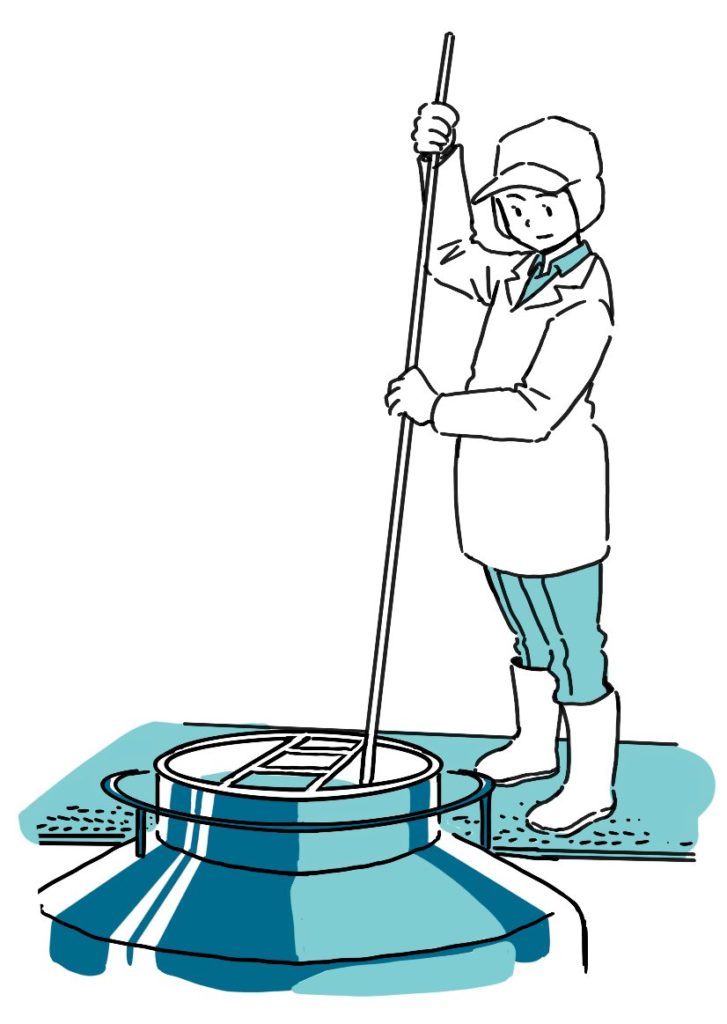 Income also varies depending on the company you work for.
The starting salary is often less than 200,000 JPY (1,860 USD) per month, and in some cases it increases depending on your qualifications and skill experience.
If you are hired as an employee as seasonal, the difference can be as much as double depending on the season, such as 340,000 JPY (3,160 USD) in the winter and 170,000 yen (1,580 USD) in the summer. In addition, some breweries pay a “Toji allowance” to the brewmaster.

Q5. What Will Become of a Brewer in the Future?

The domestic market for the sake industry is shrinking: on the other hand, the sales of some breweries are rising on an individual basis. What all these breweries have in common is that they continue to provide high quality products while suppressing the needs of the market.
What is required of future brewers is a skill that can meet any need (taste). They need to understand “who their sake customers are” and “what they are looking for,” and have the perspective to think about product design and manufacturing accordingly.

In addition, due to difficult circumstances, some companies focus on how they can reduce costs by reducing or changing unnecessary processes and materials, or by negotiating with material manufacturers.
Furthermore, people with high marketing skills are becoming more and more valuable, such as disseminating information through social media and actively communicating with drinkers at events. In the breweries that aspire to expand their market overseas, it is necessary to have skills of English or other foreign languages.

Along with its taste, the field of sake production is becoming increasingly diverse. Because there are so many choices, it is important to think about your career path while considering “what you want to do” and “which brewery you can do what you want.”
Brewers are the center of the future of sake. Our heartfelt respect for the daily efforts of the people who create our beloved sake, as well as our encouragement to those who challenge brewing, the foundation of the sake culture.