A Tale of Three Breweries 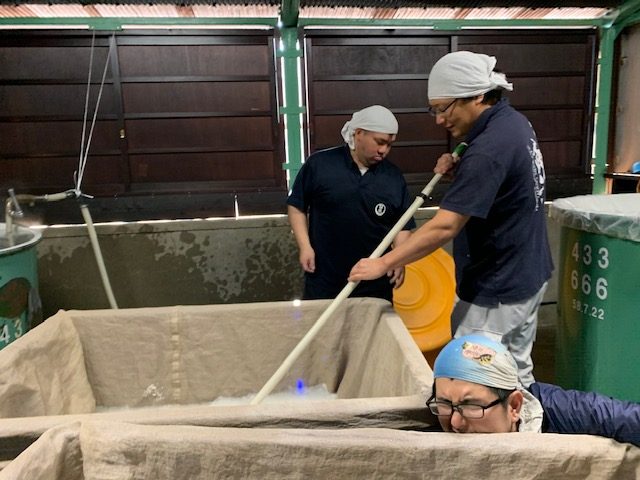 On a recent last minute trip I had the opportunity to return to Japan. The goal was to explore and learn from the current landscape in the sake world. I had five days to explore, so I tried to make the best of it. I reached out to a couple friends who made it all happen.

The journey started in Tokyo where I met with a great friend; Tokyo resident and sake expert Rebekah Wilson. She suggested we meet at Izakaya Kotaro in Shibuya. I blindly trusted her choice as she’s always blown me away by finding the hottest spots in town.

The exclusive and awarded cozy spot delivered an incredible array of seasonal dishes like shirako and ankimo. Thanks to Rebekah and the team, they paired incredibly with a number of selections from artisan producers.
While catching up with Rebekah about her point of view on the current sake scene, we tasted some incredibly moving selections. Some of the highlights included Maruo Honten’s Yorokobi Gaijin series from Kagawa, which showcased a cozy rusticity with thought evoking differences amongst different local rice strains.

“Currently thought Japan the struggle is for breweries to maintain quality with the imminent growth that is being experienced” Rebekah mentioned. This resonated with me throughout the trip. 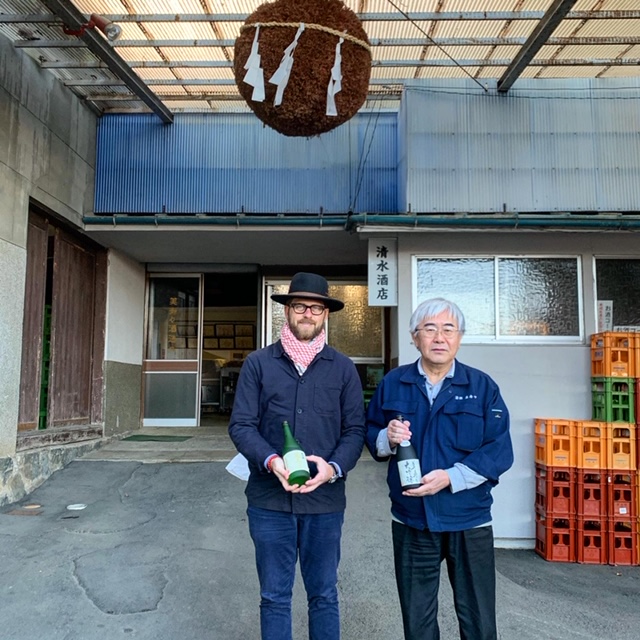 The following day my friend Kazu-san and I ventured into the hilly and majestic Nagano Prefecture where we paid a visit to Misuzu Shuzo located in Ashinota City. The microbrewery established in 1893 is run by Kumagai-san, who is the fourth generation President and Toji (a brewmaster) along with the small team of four kurabito (brewers).
Misuzu focuses the efforts in muroka (un-charcoal filtered) and nama (unpasteurized) and they also produce a sharp, delicious and trendy origarami (slightly hazy) style sake.

We chatted with Kumagai-san after an in-depth tour of the brewery and we discussed the importance of supporting local rice farmers to keep the industry alive and well.


After the visit we returned to Tokyo in a surreal drive back with the views of the picture perfect Suwako Lake. The following day, we headed to Tochigi Prefecture where we visited Tonoike Shuzo. Tochigi Prefecture is one of the most influential areas focusing their efforts in cultivating young Tojis to carry on the art of sake brewing. Tonoike Shuzo is no exception, located in the heart of the town of Mashiko, known for its pottery, this brewery established in the 1940s carries the flag with excellent examples of sake and shochu.

During our visit we toured and talked to Saitama native Makoto-san who became Toji in 2014. His passion and excitement for sake brewing is highly contagious. He explained the importance of sharing ideas with the local brewers. “We meet regularly, taste and discuss sake learning from each other,” Makoto-san explained.

His career started at the young age of 18 when he became intrigued with sake. He later moved to Akita where he worked at Hokushika Shuzo where he learned the art of the Akita Kimoto method which he utilizes at Tonoike Shuzo. Production at this brewery is highlighted in their two main brands, Sanran and Bo with some other bottlings of futsushu (non-premium sake) and even doburoku (unrefined sake) which was hearty and robust. Although not as common in the main island of Honshu, they also produce a kome (rice) shochu made with daiginjo kasu (lees from daiginjo sake) which creates a lively, creamy and stone fruit driven style that is great on the rocks or even mixed in a cocktail. 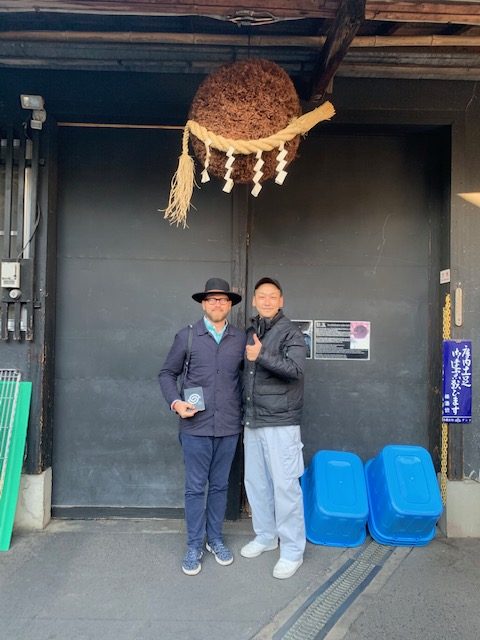 After returning to Tokyo for the night, I flew early in the morning to Wakayama Prefecture; a place that I’ve always been attracted to but until now hadn’t had a chance to visit. Wakayama is an enchanting place that serves as the fruit basket for Japan and is responsible for a vast majority of citrus and stone fruit grown in this region. I was received at the Kansai airport by Minakata-san and his seven year old son, Yuki.

Minakata-san heads Sekai Itto Shuzo in Wakayama City. The brewery opened in 1884 and since then they have been committed to crafting a number of sakes that range from aromatic Junmai Daiginjo to rich and generous futsushu. They also offer a lineup of fruit sakes from local orchards.

The head Toji for Sekai Itto, Tsuda-san has been at the gram for the past eight years. His youthful approach to this iconic Wakayama Estate is imperative for their continued success. He studied in the famous Nanbu Toji Guild in Iwate where he learned the tools of the trade. Although their production is quite small in size producing 1,000 koku (a unit of measure of sake production: one koku is 180 liters), the brewery is operated by five kurabito in addition to Tsuda-san.


The trip proved successful having experienced three very different breweries paying homage to their prefectural roots and showcasing the best they can produce. It is refreshing and comforting that the art of sake making will continue to excel thanks to these and many other breweries worth visiting.