Is the Virus Changing America’s Drinking Style?
──The State of EC sites in the US under the COVID-19 Situation 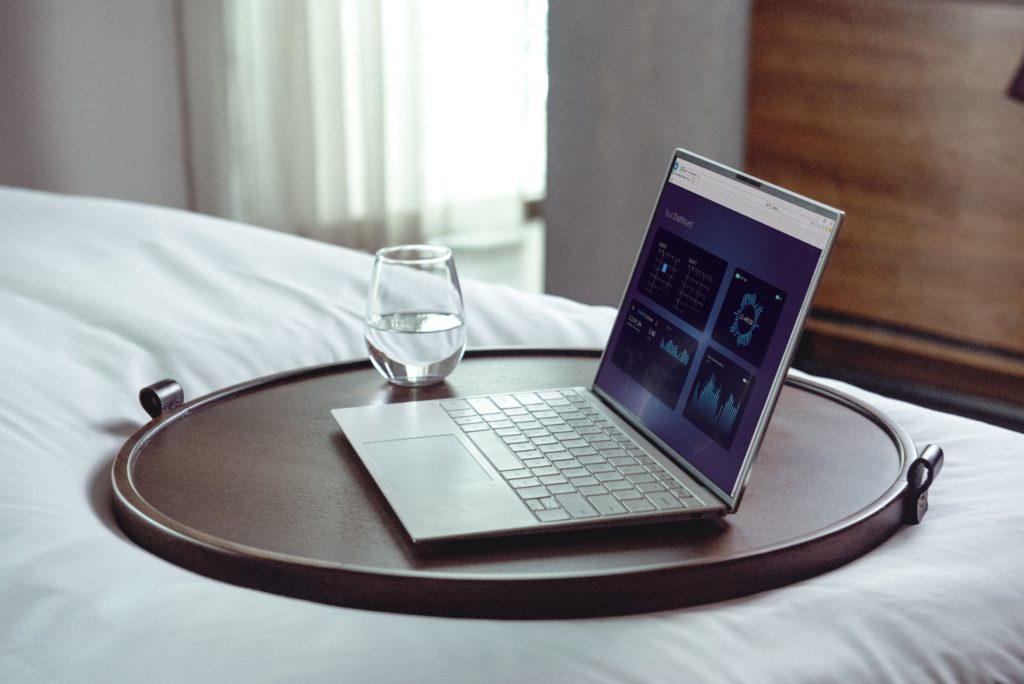 COVID-19 hasn’t settled down. As of September 19, 2020, there were 56 new cases in San Francisco, where I live, and 218 new cases in Tokyo, where my family and friends live. This pandemic has led us to hear the English word “uncertain” so often: I suspect that what is happening now is that, after everything is settled, we can finally look back and agree that this is what it was all about. We’ve had six months where things have been too fluctuating to speculate.

The health effects are troubling, but what will have a lasting effect is the economic impact. U.S. TV station ABC reported that more than 2,000 stores closed in San Francisco between March and August, including 369 restaurants and 303 retail stores. I was sad to hear that ROKU, a San Francisco izakaya, was closing its doors. In addition to imported sake, they also carry local sake from Sequoia Sake, and with their specialty of chicken nanban, it was a good restaurant with an izakaya-like atmosphere. San Francisco is still in the pending phase of unlocking the lockdown, restaurants are only open on terraces, and my natural perm is running wild because I haven’t been able to go to the hair salon in six months.

On the other hand, there are businesses in the US that have shown growth during this pandemic. According to Forbes, that includes video streaming services such as Netflix, online meeting tools such as Zoom, delivery services to supermarkets that cover situations where you can’t eat out, disinfectant manufacturers – and liquor stores.

The Stay At Home Order that has been in place since March in the US is different from Japan’s emergency declarations, which is strict and punishable if broken. No one is allowed to leave the house except to shop for necessities: the situation of staying in the house every day has a huge impact on mental health.
In this situation, alcohol helped people feel better. According to Drizly, the leading liquor ecommerce company in the US, the company recorded 7 times the sales and 1.5 times the average purchase volume in the same period year-over-year.

Because the US has a three-tier system (a system that clearly separates the roles of manufacturer/importer, wholesaler, and retailer), liquor stores do not distribute alcohol to restaurants, so they are not affected by restaurant shutdowns. While restaurants have been severely affected, online liquor services, in particular, have grown by leaps and bounds.

Of course, sake is no exception.
Tippsy, the Los Angeles, California-based e-commerce company founded by Genki Ito, grew sales at lockdown in March by about 500% of its normal rate. It has remained at a stable level even after the end of the lockdown.

“Rather than a simple flow of demand from retail stores, I feel that the pandemic has changed consumption styles and made it possible for people to buy things online that they wouldn’t normally buy on the internet.”

As Ito says, the Stay At Home Order under the COVID-19 situation has changed the trend in liquor consumption. For example, Drizly notes that sparkling, which is in great demand by businesses and events, has declined and the share of spirits for making cocktails at home has increased.
If you drink at home every day, it’s not hard to imagine that you’ll want to try a different alcoholic beverage. Sake has been included in that.

Paul Willenberg, the Portland, Oregon-based owner of Namazake Paul, told me that COVID-19 had caused him to overcapacity his orders and he had to rebuild his simple, spreadsheet-based website into a home page that incorporated the latest in e-commerce payment services.

“Many sake fans have found me but also I’m starting to get wine people which I never got before. I think they miss the curated experience of interacting with a sommelier and I can fill that void by giving them the history and education they would get in a restaurant interaction.”

Despite the end of the lockdown, Paul says sales are not settling down, but are growing more.

“I’m fortunate to have absorbed sales from restaurants. So I think overall sake consumption is down, but my sales are up because people want to drink sake once in a while and can’t at a restaurant.”

Beau Timken, owner of True Sake in San Francisco, California, the first specialty sake store in the US with 18-year history, said that when he reopened the online ordering system after a two-week closure, he received about a month’s worth of orders within a week.

“For 17 years, I dedicated my life to getting people who drink sake only at a sushi restaurant to take bottles home.The virus just did what I was doing for 17 years in one week.”

Sales growth moderated as the lockdown ended, while orders continued to come in. Beau focuses on the breakdown.

“The order sizes and the amounts have come down, I think we will continue to see that. I think that lower tier of really high end daiginjo sake, we might not be selling a lot of those for a while. There’s going to be struggling, maybe the 80 to 100 dollar price point.”


Ironically, COVID-19 has brought sake, once “something to drink only in a restaurant,” to the tables of Americans. With no prospect of restaurants resuming normal business operations, and a string of closures, online sales may not be expected to be a perfect complement to that.

However, this is the “beginning” of change. We are on the threshold of a change that could transform the American sake scene in years to come – a change that could bring sake to our everyday tables like wine. It’s not a shift from restaurants to home drinking, but the addition of a “home drinking” option. What difference did people who drank sake at home notice compared to drinking it at a restaurant? What information was missing when trying an unfamiliar drink at home? – What can we do to make the next order besides a one-time order just to inspire an unchanging routine?

Meanwhile, of course, there is an urgent need to regain sales in the short to medium term. What kind of food and beverage services can survive in this situation? Who is still paying for sake? – We need to analyze the breakdown of the decline and find room to get in, not just see it as a decline alone. Imagination is the key to finding a way to survive in the US and global sake market.