Sake Goes Mainstream In The US 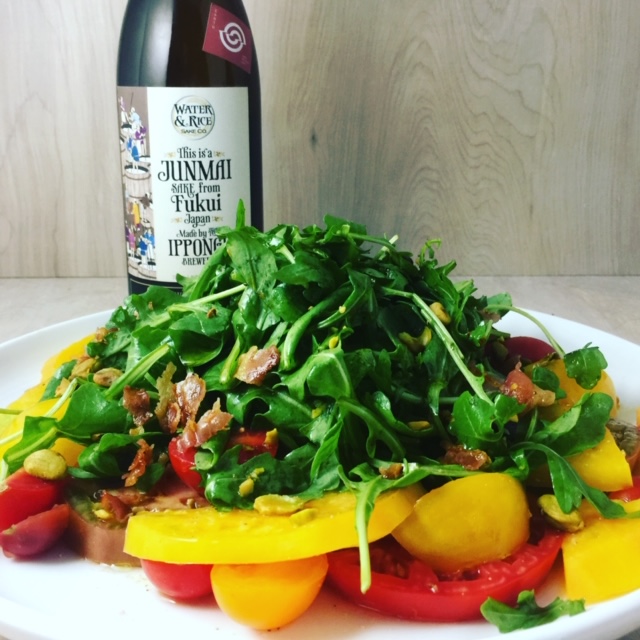 Written by Eduardo A Dingler

I fell in love with sake some 15 years ago when we started to frequent our local sushi place, back then we would enjoy hot sake with friends in a regular basis.

The joyful experience led to a need for further understanding of this unique beverage. I started to casually read about the history and production while experimenting with different brands and producers available in Napa where I live.

In 2010, I was hired to run the beverage program for Morimoto Napa, which later turned into the Corporate Beverage Director for the Morimoto Restaurant Group, Iron Chef Morimoto’s first restaurant in the West Coast. My position allowed to me better understand sake, went through deep training only making me fall in love even more.

My new found passion led me to get certified and start traveling to Japan to visit breweries and get a feel for the culture around it.

I started to judge International Sake, Wine and Spirits Competitions which further expanded my knowledge and ever growing curiosity for Japanese made beverages.

Nothing gives me more pleasure than seeing people exposed to sake and falling in love with it as much as I did.

One of my biggest crusades in life is pairing sake with non Japanese cuisine pushing the boundaries from what the average consumer expects. In the past few years I’ve held a number of events featuring sake and tacos, pizza and regional Italian and French cuisine that have become quite popular.

Here the findings on the success of sake dipping into cultural boundaries with international cuisine throughout the United States.

There is no doubt that sake is gaining popularity and a big following at a rapid pace in the United States. The collective effort from producers, importers, educators and sommeliers is causing waves throughout the country.

Examples are varied and cover many realms of the beverage industry that for years has been heavily dominated by wine.

Sake’s appreciation has crossed lines that were unimaginable years ago. When you asked an average consumer in the past about sake and when they drink it the obvious answer was ‘With sushi at our favorite Japanese restaurant’ but that answer is slowly changing.

Sake can be found and enjoyed now at music festivals like San Francisco’s Outside Lands or BottleRock Napa Valley in recent years. This fascinating beverage has enjoyed some recognition at major food festivals like Pebble Beach Food and Wine were the exposure has been highly successful.

However one of sake’s most influential accomplishments has been being featured a non-Japanese restaurants at many levels.

Also in NYC renowned Mexican Chef Enrique Olvera features a number of sake available by the glass at his restaurant Cosme with great success.

Another Michelin Star awarded chef, Thomas Keller, offers a selection of sake at The French Laundry in Yountville, California.

The list continues with places like Alinea by Chef Grant Achatz in Chicago and Atelier Crenn in San Francisco.

The momentum doesn’t end there, a number of wine bars like San Francisco’s High Treason have enjoyed serving sake with great success.

There are many reasons to mention to explain sake’s success in the US, many sommeliers say it is a no brainer, this beverage is quite versatile and user friendly. Sake’s relevance in the sommelier community is reaching new heights with organizations like the Court of Master Sommeliers making it a require for their students to learn in depth about sake’s history, method of production and serving suggestions.

The state of this beverage pierces into new areas everyday, certainly a much needed support for this historically relevant Japanese beverage.

As True Sake’s founder Beau Timken mentioned at an event recently, ‘I won’t rest until sake has an ad during the Superbowl’ cheers to that and we share the same feeling.