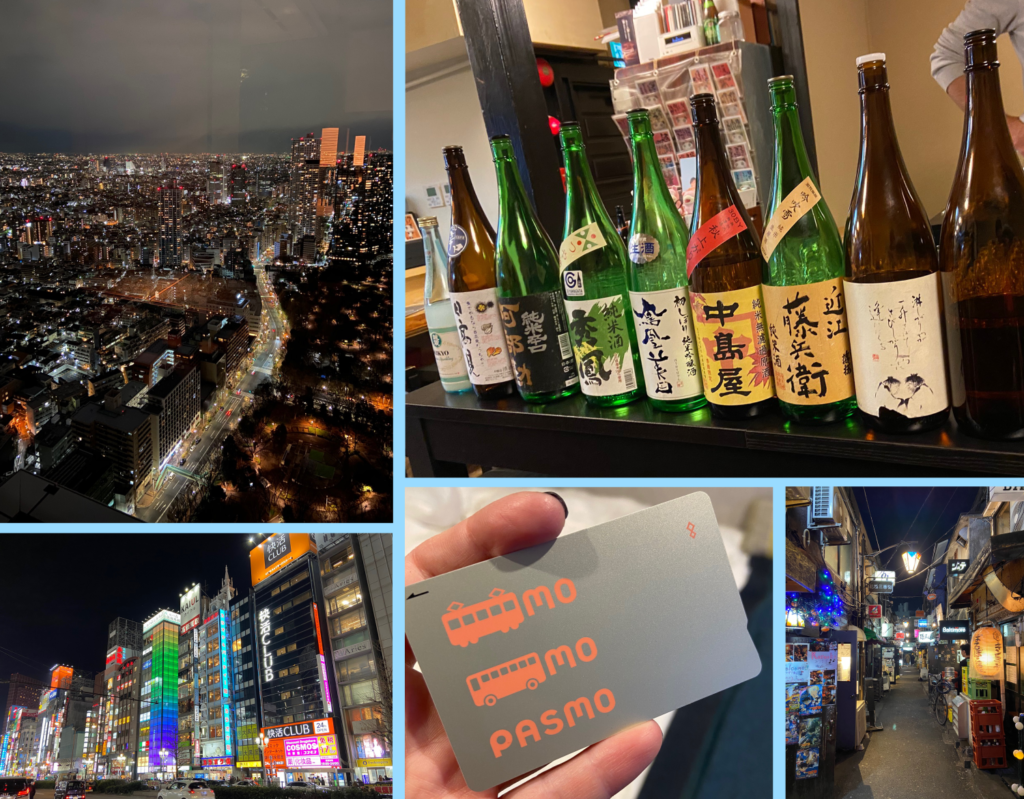 Ever since I was a young child, I have had a fascination with Japan. It began with my attachment to images and ideas; for example, a beautiful Edo-period teapot in a magazine. Imagining sitting on the floor while eating dinner was a regular pastime. Watching Big Bird interact with tatami mats and experiencing the loss of moon princess Kaguya-hime was truly a moving experience. This interest was heightened in my late teenage years while viewing Sofia Coppola’s film Lost in Translation, my discovery of Zen Buddhist teachings and my exposure to Japanese arts as a member of the Japan Society in New York City.

Now in my early thirties, I have finally been given the chance of a lifetime. I was recently awarded the privilege of traveling with a group of experts to train as a sake educator for the Wine & Spirit Education Trust (WSET). This was my first trip to Japan. Not only was I going to further my teaching skills and career as a sake specialist, but I was going to discover the source of the heart-warming essence and wonderment that has been calling at my soul for decades.

Before meeting with the group, I arrived at Haneda airport and intended on exploring Tokyo on my own that evening and the next day. My first challenge consisted of grabbing my luggage, picking up my pocket wi-fi, buying a pasmo and embarking on my first excursion on the Tokyo Metro. Almost 2 hours later, I reached my hotel called The Knot in the Shinjuku district. The lobby was bustling with tourists from around the world and felt safe and comfortable. I was ready to dive into my comfy bed, but I pushed myself to walk 5 minutes down the street to the Park Hyatt’s New York Bar. They have live jazz, outstanding panoramic views of Tokyo and are known for being one of the most expensive bars in the city. After ooo-ing and ahh-ing at the incredible night views of this massive city, I sat down and ordered sparkling water. A couple at a neighboring table overheard me telling my server that I just traveled from San Francisco. What do you know, they were SF natives as well! After chatting a bit, I perused the menu and was intrigued to find a plethora of cocktails, wine and a wide range of spirits, but only one Daiginjo and one sake flight featuring three sakes by Katsuyama Shuzo. I found this odd considering I was in the capital of Japan. It looked like the same amount of sake you would find at a high end restaurant in a big city in the USA. This concept became a running theme during my trip.

After a good night rest, I began what was my only day to explore this enormous city. I clocked over 31,000 steps racing around to see as much as I possibly could. My morning of sightseeing began with sipping Onibus Coffee in Naka-Meguro while strolling along the Meguro river and envisioning it with sakura flowers in full bloom. This was early January, so a little day dreaming was necessary. After walking around this area which vaguely reminded me of side streets on the island of Capri, I headed over to the main events – Shibuya crossing, Omotesando and Harajuku district.

By 3pm, I had my fill of the shopping scene and participated in an underground sake tasting event called Chinju no Mori. It was hosted by a sake expert who also worked closely with the Japanese government. He showed us many styles of sake ranging from sparkling through various premium selections and ending with koshu. Much of the information was familiar to me although his opinion on sake categories was something new to fathom. It seems that the younger set of sake brewers as well as the government in general feel that sake categories are a hindrance to sales and creativity rather than a helpful organization of styles. I understand this from a consumer’s point of view, considering it takes a lot of background information to decode a sake bottle even if you speak and read Japanese. But I became a sake specialist by earnestly memorizing all of the categories and then using that structure to create a map of flavor profiles for new consumers. Although I hesitate to remove categories altogether, it actually sounds nice to just taste a sake for what it is and then remember it by shuzo and brand name. A good example of this in action is Imanishi Shuzo‘s ‘Dio Abita.’ It is a lower alcohol sake and their marketing focuses on the sake itself and how it’s made versus just the milling rate of the rice.

More fun ensued that evening and by the time I met my friend Akari (a former True Sake intern), I was fading fast. After one drink, she put me in line at a popular ramen spot where you order from a machine and then eat in a little confessional-like booth. The sustenance helped me make that last 15 minute walk back to my hotel. The next day I was off to Osaka to meet three top leaders in the sake education industry and six professional educators from around the world! If the first two days of my trip sounded like a whirlwind, the rest of it was a multitude of generous and enriching experiences which passed by as quick as a bullet train.

Please stay tuned for my next article which will cover the highlights of WSET’s Japan Tour 2020 and my new certification as WSET Sake Educator!