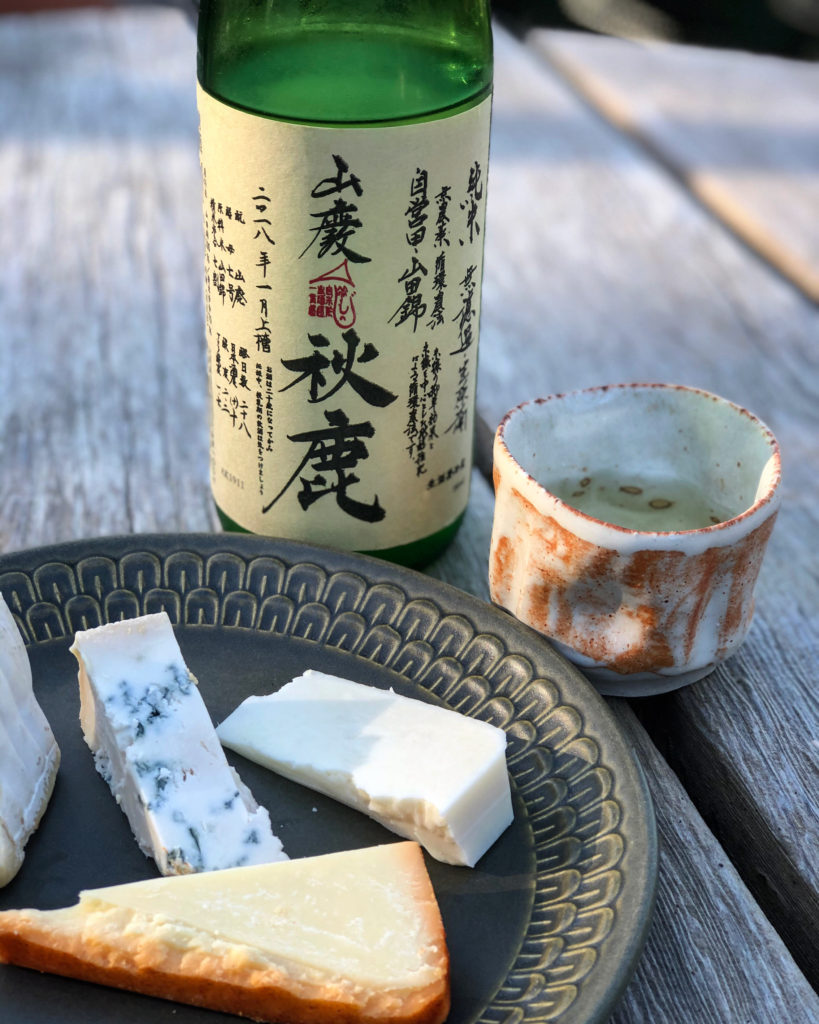 In our previous article, we began an exploration into the wonders of sake and cheese pairings.

Uncovering the attributes that make the two a harmonious pairing, in particular an exploration of umami, was vital in laying the groundwork. Now that we have established why it can be such a dynamic pairing and a few examples of ways to pair the two, it would be beneficial to look at how sake and cheese pairings are being received across the food and beverage industry. After all, food pairings are meant to increase sake’s enjoyment and hearing from industry professionals regarding their experience with sake and cheese will help us further appreciate their harmony and perhaps look ahead to their future together.

In the summer of 2018, I was honored to be invited to sit on a panel at the American Cheese Society’s annual conference. The ACS conference is the largest gathering of artisanal cheese professionals in the United States. Cheesemongers, cheese makers, influencers, media and many other industry professionals from around the country gather for three days of learning, tasting and networking.

Part of the allure is a wide variety of seminars offered to attendees that cover many different aspects of the cheese industry. The panel that I helped lead was a seminar exploring how cheese pairs with several different flavors from East Asia including miso, ume, matcha, and of course, sake! I presented a brief Sake 101 to give the audience an overview of sake before leading a tasting of a few simple and delicious sake and cheese pairings. This was the first time that sake was ever presented to such a large audience of esteemed and influential cheese professionals in the US. I was overjoyed at the response and left the seminar hopeful of the positive impact it would have as attendees returned to their various hometowns and occupations in the cheese industry.

After the conference, I was able to catch up with a few of the attendees to get their impressions. Zach Berg, owner of the specialty food shop Mongers’ Provisions in Ferndale, Michigan was slightly skeptical at first.

“My only thought going into it was that the sake has such delicate flavors. I was worried the cheese would be too strong,” said Berg. As we moved through the tasting and the harmonious pairings were displayed, he began to understand what makes it special, even bringing up aspects of sake that many times get overlooked by those of us in the sake world.

“I was amazed by the dynamic nature of the sake. It had texture and salinity that I thought went very well with the cheese. I was struck by sake’s ability to hold its own with such bold flavors in the cheese,” he added.

When asked about how sake fits into the world of cheese and beverage pairings, as well as his approach to sake moving forward and how it could have a place at his cheese shop, Berg replied, “I think one major advantage was that sake is delicate enough to play well with other foods. I often find that wine or spirits are very difficult to pair with cheeses even though people enjoy the idea. We talk a lot about food as a journey. It is an amazing way about to learn about different cultures and geography. Adding sake allows us to talk about an area that was previously unavailable to the journey in our shop.”

Integral in the development of our seminar was Rachel Perez, ACS panel moderator and National Sales Director for Cowgirl Creamery in Petaluma, California. She talked about why the idea of incorporating sake at ACS was so intriguing.

“I wanted to use sake as a tasting component because sake has become a part of many wine and beer sets in shops across the country. While most (cheese) mongers know some basics about pairing wine and beer with cheese, I feel that few even have a baseline reference guide for pairing sake,” said Perez.

“I think that sake is gaining more traction in wine/beer sets across the country and that cheesemongers are unique ambassadors for it; like a sommelier, a cheesemonger understands that each product is uniquely crafted but that there are also general guidelines to pairings. They also have the trust of the end consumer so that a customer who may not automatically think to pair sake with cheese would trust their cheesemonger’s suggestion. I think as humans we are also always looking for something new to try and sake and cheese is very new to a lot of people,” she added.

Encounters with Sake that Cheese Brings to People around the World

Simone Maynard, an independent sake promotor and educator based in Melbourne, Australia has made cheese pairings a staple of her sake events. Maynard, also known as the “Sake Mistress” remembers the pairing that set her on a journey of sake and cheese discovery.

“I was introduced to an incredible pairing by Yoram Ofer of Sake Bar Yoramu in Kyoto around 9 years ago. He poured me a glass of Mutemuka (Junmai Muroka Nama Genshu) then offered a little Tête de Moine to accompany the sake. My mind was blown and I’ve been exploring marriages of the two (sake and cheese) ever since.”

Maynard went on to explain how the pairings have been received by her clients and consumers.

“For those I have encountered that are trying it (the pairing) for the first time, most people’s initial response is complete surprise, people seem to be generally astonished that Japanese sake can pair so well with something like cheese. Once you explain the whole lactic acid thing, most people then have their “ahhh, of course!” moment. Mention ‘umami‘ and it all comes together.”

However, it is not simply sake consumers who are important to reach through exposure to sake and cheese pairings. For the sake industry itself, embracing the pairing can have a big influence. “For those of us promoting sake and educating people about the beverage, pairings like this are warmly embraced as it allows us to reach a wider audience and demonstrate how well sake can pair with so much more than Japanese cuisine,” Maynard said. The effect of this has had a clear impact as Maynard has observed an expansion of sake and cheese pairings in her community.

“Australians are very much into anything that falls into a ‘craft’ or ‘artisanal’ category when it comes to food and beverage and premium sake certainly qualifies. A number of Melbourne venues are now offering sake and cheese pairings on their menu,” Maynard added.


As sake drinkers begin to go down the sake rabbit hole, the wide array of aromas, flavors and possibilities for enjoyment is ever expanding. Sake is, after all, meant to be enjoyed in the presence of warm company and delicious food. Cheese, as a ubiquitous, nearly universally beloved food around the world provides sake a wide-reaching avenue for exposure to many people who previously would not think of trying sake, or for whom thinking of pairing sake never occurred. There is clearly a budding marriage between sake and cheese and the growing number of advocates in both industries is cause for excitement. Here is to the future of sake and cheese, a match made in umami heaven. Kampai!