Fear and Uncertainty
—Sake in the Midst of Coronavirus 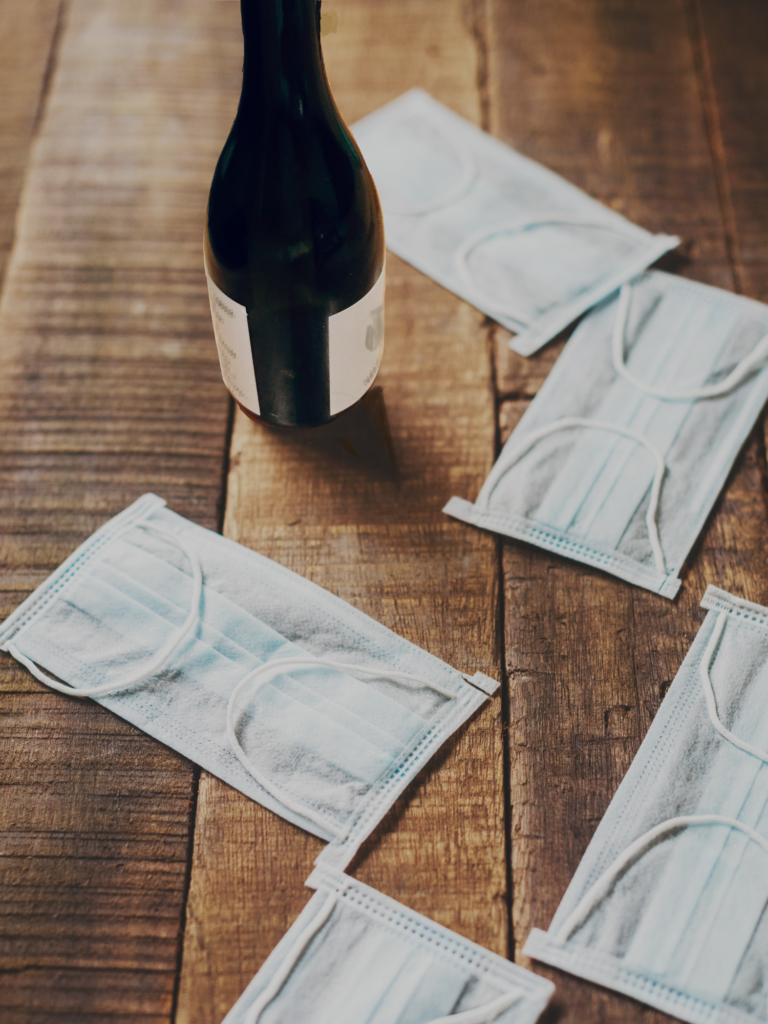 In late February, I returned home from a two week trip to Japan. Periodically, I travel to Japan to meet and learn from the inspiring folks who make the sake that I am honored to sell. When I returned home, I was excited to share my experiences, new stories and sake with my beloved customers.
At that time, the Coronavirus pandemic was wreaking havoc in China and just beginning to turn its fury on parts of Europe. There was a sense here in the US that this was a potentially a problem, but it had not yet tangibly manifested into a problem that could seriously hurt us. Throughout early March, as new cases were popping up throughout California every day, officials began putting restrictions on public gatherings. First, gatherings of 1000 people were not allowed, then 500 and a few days later 250. Large bars and nightclubs were forced to shut down.

Then, on March 16th, the six counties of the San Francisco Bay Area (Editor’s Note: Alameda, Contra Costa, Marin, Santa Clara, San Francisco, San Mateo and the city of Berkeley, starting March 17th) issued a “shelter in place” order for all citizens. All non-essential businesses were ordered to close immediately, and people were discouraged from leaving their homes for anything other than non-essential travel. A few days later, Los Angeles issued a similar order and then shortly after, the Governor extended the order to cover the entire state of California (Editor’s Note: Announced on March 19th). Our thriving economy, the 5th largest in the world, had been reduced to a crawl. In a matter of only a few short days, the crisis spiraled into a disorienting realm of fear and uncertainty not seen in our lifetime.

The trickle down effect was felt almost immediately. Once it became apparent that most of our customers could not operate as normal, all of us, in every sector of the supply chain began changing plans and projections. Orders placed by customers days earlier were canceled or returned. Purchase orders to restock distributor warehouses, canceled or pushed back. Containers set to depart Japan bound for US importers, postponed indefinitely.
Business has ground to a halt and we are all trying to figure out ways to persevere. While different segments of the supply chain function independently, we are all one unit. The conditions in the market are set by demand in restaurants and retailers and as they go, we go.

Our current situation is dire. All restaurants have been forced to cease normal operations. It is unlawful to operate a full service restaurant during the shelter in place order and our accounts have been decimated. Many of them have changed their model and transitioned to takeout only. Liquor laws, which previously outlawed the selling of “to-go” alcohol from restaurants have been loosened and restaurants have used the relaxed laws to try and sell as much as possible to their customers through takeout orders. It has been a help, but still only represents a fraction of what they were making before. Retail accounts are busy, but any bump in sales is not nearly enough to make up for what has happened to the restaurant business. I consider myself and my company one of the lucky ones. My family is safe and healthy and as a tiny distributor, I have little in the way of liabilities. If I can weather the storm personally, I can begin rebuilding my business in once these restrictions are lifted. Others are not as lucky as they are faced with the crushing reality of laying off employees and desperately needing loans in order to keep their lights on.

Even with all of this fear and uncertainty, our industry is sticking together and supporting one another. Distributors are doing everything they can to promote their customers and encourage consumers to order takeout. Gift card purchases are encouraged and Go Fund Me pages have been set up to try and compensate the thousands of hospitality workers who have already been laid off. Many distributors, myself included, are doing everything they can to work with our customers on outstanding balances and further extending credit. In this unprecedented time, we all need to make sacrifices to ensure the survival of our community.

According to health experts, the immediate and critical public health catastrophe will continue for weeks, if not months. However, we will eventually gain the upper hand on this virus, it will come under control and people can begin returning to their normal lives.
The problem, is what will the food and beverage landscape look like when we are ready to get back to normal? Many of these restaurants that have seen their sales fall of a cliff will not reopen. Even for the ones that do, what does their customer base look like? If predictions are accurate, we could be looking at an unemployment rate of 20% or more in this country. Under conditions that would dwarf the 2008 recession, I am fearful that our road back to normalcy will be long and extremely difficult.

Nevertheless, we have a job to do. While I can’t speak for anybody else, I can say that my guiding light working in sake is to serve at the pleasure of the inspiring sake makers who have entrusted us with telling their story and bringing their sakes to thirsty and inquisitive American consumers.
We will get back on our feet. My first job in sake was 16 years ago at a place in San Francisco called Ozumo Restaurant. From the offices and storage rooms in the basement, leading into the restaurant, there is a stairwell leading to a door that everyone passes through on their way in to work on the floor. Above the door, the executive chef at the time, Sho Kamio, had emblazoned his creed “We are great team, we are never give up! We are go go go!” Grammar aside, I have always thought of this when times are tough. Now, I think about this all the time. Here in the US, our restaurants, retailers, distributors and importers are the greatest team and we won’t give up. Deep breaths, we will get through this.