The Evolution of Sake in the United States
– Hot Sake, Sake Bomb, and Nama 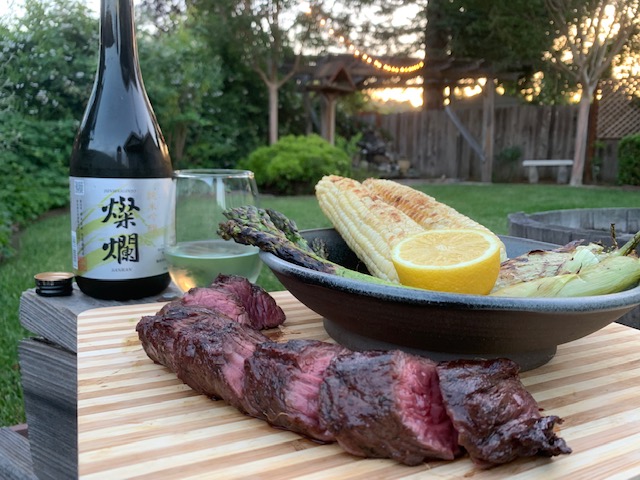 Written by Eduardo A Dingler

Although sake has been produced for centuries in Japan there is an inevitable paradox in the way this beverage is enjoyed in the United States versus its native country.

There is no doubt when sake started to arrive in the US in the last decades the consumers were uncertain about how and when to enjoy it.
Without the ability and man power to educate the soon to be booming category. Back in those days, sake was enjoyed hot, a vast number of Japanese restaurants saw the opportunity to showcase sake and give it wings adding it to the list of popular items at their establishments. It was easy to educate the clientele to order a hot sake, a beer, a spicy tuna roll and edemame as a standard menu.

Over the years sake started to come out of its shell revealing more of its full potential as a category in the American market. Together with new importers that recognized the big gap in the sakes available they made an effort to make more refined styles available.

This days we are lucky to find even a number of Namasake (unpasteurized)  in restaurants and retail shops which even a few years back was virtually unheard of. Partly because the producers were reluctant to export their priced brews without ensuring proper care during transport and storage but also not enough knowledge from the buyers on this category making it obsolete.

It is unbelievable that in the most recent years sake has climbed to play a role in the mainstream spotlight with sommeliers throughout the US spearheading the movement aided by excellent examples of sake being exported and distributors making an effort to educate their sales force.

Now days sake can be found in a number of restaurants, wine bars and retail stores virtually all throughout the country. Something that simply didn’t happen before.

With an exponential number of curious consumers that have found refuge in this intriguing beverage it has made it accessible in all realms of dinning outside of Japanese themed restaurants.

Let’s look at a similar story with Tequila, the Mexican spirit that first made an entry into the US market promoted amongst the younger generations as a shooter to get the party started. This days Tequila is viewed as an intellectual drink worth sipping and comparing amongst styles.

One of the early campaigns of sake in the United States was the infamous sake bombs. In this application sake is served in a shot glass with a pint of beer (usually Sapporo, Asahi or Kirin) the exercise consists of placing the shot glass into the pint that was suspended on a pair of chopsticks, by banging on the table the glass will drop and it is consumed immediately. We can’t deny that many people got introduced to sake this way and now a good amount of serious sake drinkers evolved from that practice.

Thankfully this practice is not too common anymore being replaced by beverage programs that showcase several styles of sake offerings mimicking wine in a list.

Sake’s perception is now more serious with amateurs and connoisseurs appreciating the nuances and experimenting with different styles of cuisine.

I propose a toast for sake to keep growing strong with education and variety converting more people into this delicious beverage.